It seems like I’ve only just published and launched my novel Karrana, and uploaded a new cover, when another book I’ve been involved in creating is about to be launched. So I’ll  finish this post on the novel before publicising our new shared book on this site.

Self publishing Karrana was a steep learning curve for me, but one that I had to take. I started the publishing process in March 2019, and had the eBook published by May, and the paperback by September of last year. I paid nothing for these services, apart from a cover photo from Shutterstock where you get 5 quality photos for $49. After that, it cost me only my own blood, sweat and tears, as I followed the steps laid out on the Kindle Direct Publishing (KDP) website. And I had a successful Book Launch at Gleebooks at the end of last year, 6 months after having started the process. Thanks to my friends and colleagues from Waverley and Randwick Writers for their support.

One of the advantages of self publishing with KDP is that you can edit the manuscript online, while it is in the ebook stage, and have it perfected by the time you publish the paperback.

The cover was changed recently,  to reflect more the lyrical, poetic quality as well as the darker aspects underlying the themes of the novel.  My daughter, an artistic type, suggested this, and assisted me greatly here.

Here is a model for the proposed changes that still needed to be perfected at this stage.

Bringing a novel to publication is no small task. In some way, it’s akin to giving birth: there’s pain and hard labour on the way to fulfilment. But the finished product, if you’ve planned well and have a creative bent, as well as a practical one, is well worth the effort, and you can be very proud.

After completing Creative Writing Studies at The University Of Technology in 2005, I gradually became fascinated with the concept of ‘blogging’, digital marketing and self-publishing. My own blog The Craft of Writing, journals the past ten years of my educational experience, beginning as a complete Internet newbie, to a digital practitioner in the field of publishing and creative writing.

Karrana is based loosely on my parents’ love story and the aftermath of pregnancy and marriage, in country New South Wales during the forties and fifties. The narrative examines issues in an extended family, focusing on ironic polarities through the prism of the post-war years in country Australia and in Sydney. It’s about love, passion and the search for real fulfilment within a relationship. The themes are still relevant in society today.

It’s a story of how it might have been, if I’d been in charge of our destinies. Freud or Jung might have called it a transcendent story.

I like to think that the novel parallels that of Australia at the end of the forties, moving forward, through conflict and passion, towards a more tolerant and liberated society. 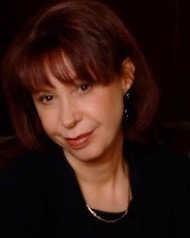 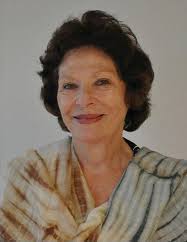